Here at The Tax Issue, no question goes unanswered, and today, on the tax filing deadline, we answer the question my son asked last night at dinner – Daddy, where do tax refunds come from? It’s a topic that parents are often uncomfortable discussing with their children, so we’re here to help.

You’d be surprised at the number of people who have never really stopped to inform themselves of how it is that some of us wind up receiving refunds in April, while others (usually them) have to pay taxes. Not to worry, here’s why.

In Canada, we pay income taxes on the income we earn on an annual basis. So, each year, we have to tally up our score – that is, we add up all our income from employment, investments etc., subtract all our deductions such as RRSP contributions, to come up with the final amount of our taxable income. We do this by gathering all of the tax information we get after the end of the year, such as T4 slips from employers and T5 slips from the bank. Then we multiply our taxable income by a percentage to come up with the taxes we owe to the government.

All this is done on the tax return we prepare after the end of the year, which is due on April 30. So if we have to pay taxes to the government, why the refunds? Well the government doesn’t like to wait until April of the next year to get their money, so they have ways of collecting their taxes in advance during the course of the year. When you get you paycheck from work, for example, you surely notice that taxes are deducted at source. Those taxes are just estimates of tax paid on account of your final tax bill. If you have other types of revenue such 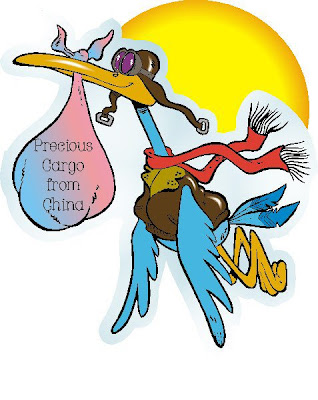 When it comes to certain questions, you should be honest with your children

as investment income, where there are no deductions taken at source, the law says that you must pay tax instalments during the year. Again, these are estimated amount of tax for the year.

When you complete your tax return for the year, you calculate the actual amount of tax payable. That amount is compared with all of the taxes that you prepaid during the course of the year. In many cases, the amounts prepaid exceed the actual tax liability. This excess is your money that has been paid to the government in the past year that, as it turns out, they aren’t entitled to, so they refund it to you. In other cases, the opposite is true – the withholding was less than the final tax calculated, so then, you owe the difference to the CRA.

So you see, tax refunds are not delivered by large birds with strong beaks and great cardio . They are simply your own money being paid back to you in April because you have overpaid your tax estimates during the year. Next week, we discuss the Tooth Fairy, and how it is that some teeth pay off more than others.